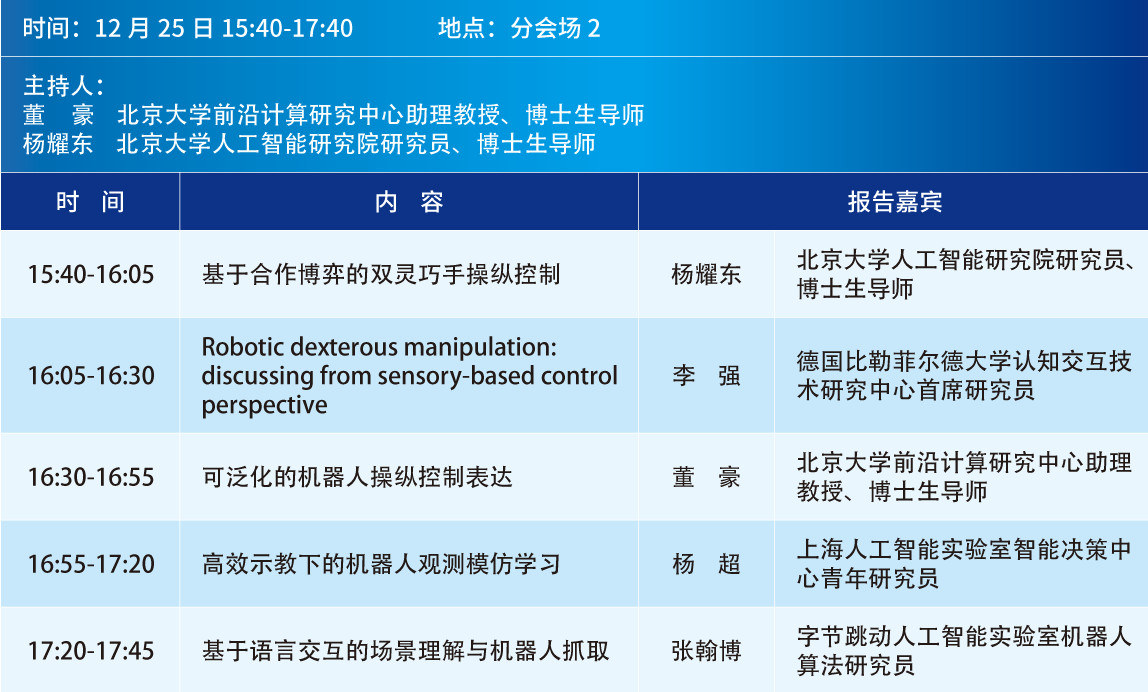 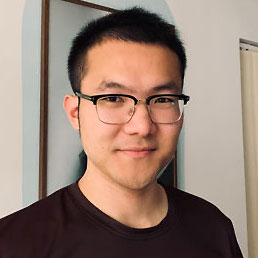 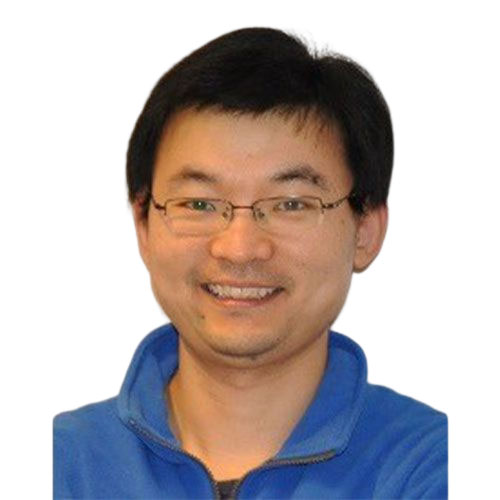 嘉宾简介：Dr. Qiang Li a Principle Investigator at the Center for Cognitive Interaction Technology (CITEC) in Bielefeld University, with research interests covering multimodality interaction and learning, robotic dexterous manipulation and Collaborated Robots R&D. He is also the President of Association of Chinese Computer Scientists in Germany. From 2019 to 2020, Dr. Li was a Principal Scientific Researcher and Project Leader at RoboticsX Lab. From 2012 to 2018, he was a Senior scientific researcher at Neuroinformatik group, Bielefeld University. From 2009 to 2012, he was a postdoc at CorLab, Bielefeld University. Dr. Li hold a PhD from Shenyang Institute of Automation, Chinese Academy of Sciences (2010). Dr. Li is leading the Association of Chinese Computer Scientists in Germany and developed its whole scientific organization structure and construct the Experts Committees of intelligent robots, big data and AI, Industrial IoT, autonomous driving and Brain Neurorecognition. In 2016, he founded the Sino-Germany Symposium on Intelligent Robots and developed it as a serial robotics conference (2016,2019,2020,2021) for the researchers and engineers in the whole Europe. In 2018, he was awarded “ 10 leading Chinese Talents on Science and Technology in Europe” by Federation of Chinese Professional Associations in Europe.

报告摘要：In order to autonomously work in an unstructured environment, robots have to employ their perception capabilities and robust controllers to realize the safe interaction with external environment. In this talk, I will focus on the vision and tactile sensing and integrate them into a general multi-modality closed-loop controller to implement lots of common contact-based learning and manipulation tasks. The whole talk is composed by two sub-topics:

Sub-topic 1: a general tactile servoing controller and its applications.

•learning to use a grasped tactile tool

Sub-topic 2:  a general visuo-tactile servoing controller and its applications 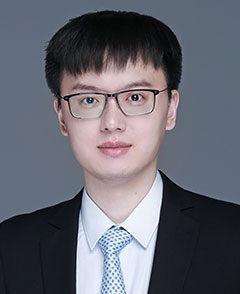 报告摘要：Perceiving and manipulating 3D articulated objects (e.g., cabinets, doors) in human environments is an important yet challenging task for future home-assistant robots. The space of 3D articulated objects is exceptionally rich in their myriad semantic categories, diverse shape geometry, and complicated part functionality. Further, in practice, much hidden but important dynamic and kinematic information cannot be fully observed from visual input only, but can be queried from interactions with target objects (e.g., the axis location of a closed handleless door). Previous works mostly take only pure visual inputs, abstract kinematic structure with estimated joint parameters and part poses as the visual representations for manipulating 3D articulated objects. We design an interaction-for-perception representation to learn geometryaware, interaction-aware, and task-aware visual action affordance and trajectory proposals. In the meanwhile, to learn the non-visual but important hidden kinematic and dynamic factors, we utilise the test-time interactions to acquire non-visual information, as well as adapts the affordance prediction via proposed interactions. Our approaches have demonstrated the effectiveness in large-scale simulation dataset, and show promising generalization capabilities to novel test shapes, unseen object categories, and real-world data. 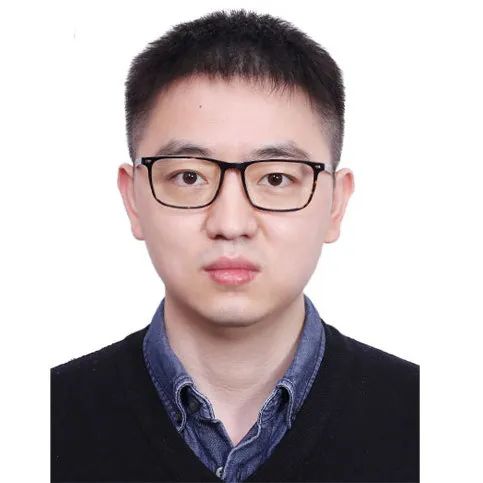 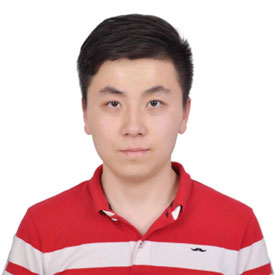 报告摘要：We present INVIGORATE, a robot system that interacts with humans through natural language and grasps a specified object in clutter. INVIGORATE embodies several challenges: (i) infer the target object among other occluding objects, from input language expressions and RGB images, (ii) infer object blocking relationships (OBRs) from the images, and (iii) synthesize a multi-step plan to ask questions that disambiguate the target object and to grasp it successfully. We train separate neural networks for object detection, for visual grounding, for question generation, and for OBR detection and grasping. However, errors in visual perception and ambiguity in human languages are inevitable and negatively impact the robot’s performance. To overcome these uncertainties and simultaneously take into account the object-centric task structure, we build an object-centric partially observable Markov decision process (POMDP) that integrates the learned neural network modules. Through approximate POMDP planning, the robot separately tracks the history of observations from individual objects to update their exclusive beliefs. Besides visual observations, the robot is allowed to ask disambiguation questions when encountering semantic ambiguity and receive linguistic observations from humans. The disambiguation questions are generated based on empathy, i.e., the understanding and prediction of how humans will interpret them according to the concurrent situation. Experiments with INVIGORATE on a Fetch robot show significant benefits of this integrated approach to object grasping in clutter with natural language interactions.